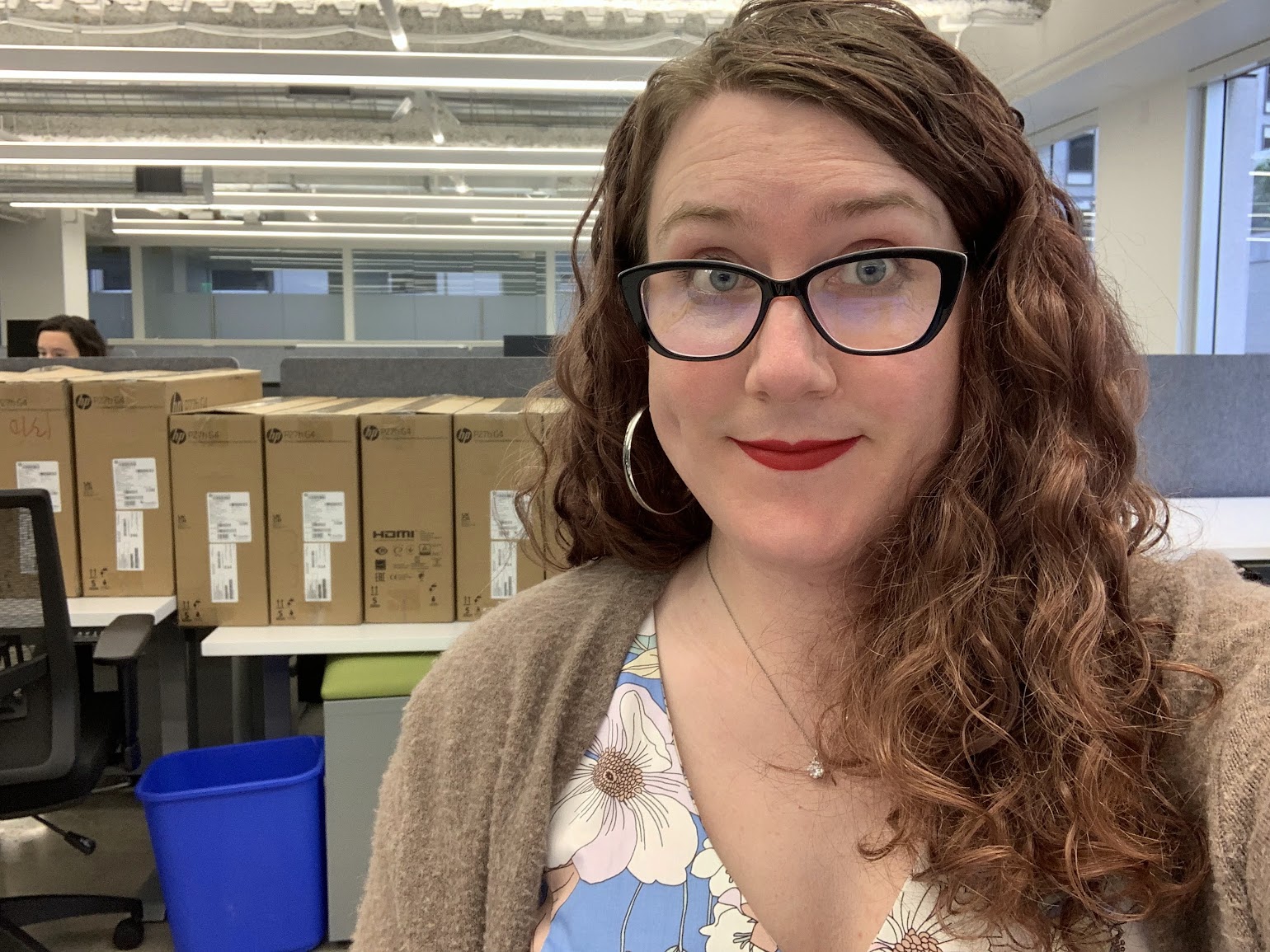 Hi, I'm Jennifer Kramer! I'm an experienced engineering leader and I'm looking for my next opportunity. Read on to learn a bit about me and see if I'm right for your team!

My LinkedIn My Blog

What I'm Looking For

I'm looking for an engineering leadership position that's unique and impactful. I'd love to work on something that makes people's lives better, offers a career growth opportunity I haven't had, uses technology in an interesting new way, or serves groups that I care about. I'm happy to lead a team of engineers, but I'm also open to taking on a bigger role if it seems right. In any job, though, I want...

The ability to lead and/or build a team of good, happy, diverse folks who care about each other, and work with the rest of the organization to help them make cool, important stuff.

at a Good Place

An organization and leadership that takes its responsibility to its customers/users and staff seriously, and is always trying to listen, learn, and support.

Just a girl who likes computers.

Ok, maybe a bit more than that.

Raised in Korea, Japan, and Spain followed by a brief stop in Portland, Oregon before eventually settling in Austin, Texas, I've been all over. I've started working in tech back in 1995, and spent the first half of my career doing freelance and contract work, both independently and at a boutique consultancy I co-founded with some other smart folks. I've worked on all kinds of projects for customers big and small, figuring things out as I went, writing proposals and selling projects, managing developers and contractors, designing experiences, writing code, and maintaining infrastructure.

Along the way I married my amazing best friend and after a few years with a cute corgi, we had some amazing kids.

12 years ago I got my first corporate job in the Developer Experience team of Hewlett Packard's cloud organization. Over the next 4 years I created an early serverless application platform, filed some patent applications, presented at conferences, and led a team shipping Enterprise PaaS software. From there I joined the wonderful Product team at Vox Media, where I soon took on Data Engineering and led it as a Director for 5 years, creating data pipelines, exploratory analytics portals, and helping lead org initiatives like promotion process revisions. In 2021 I joined the engineering team at Swiftly working with the backend teams to mature the organization, which I eventually left as Director of Engineering. 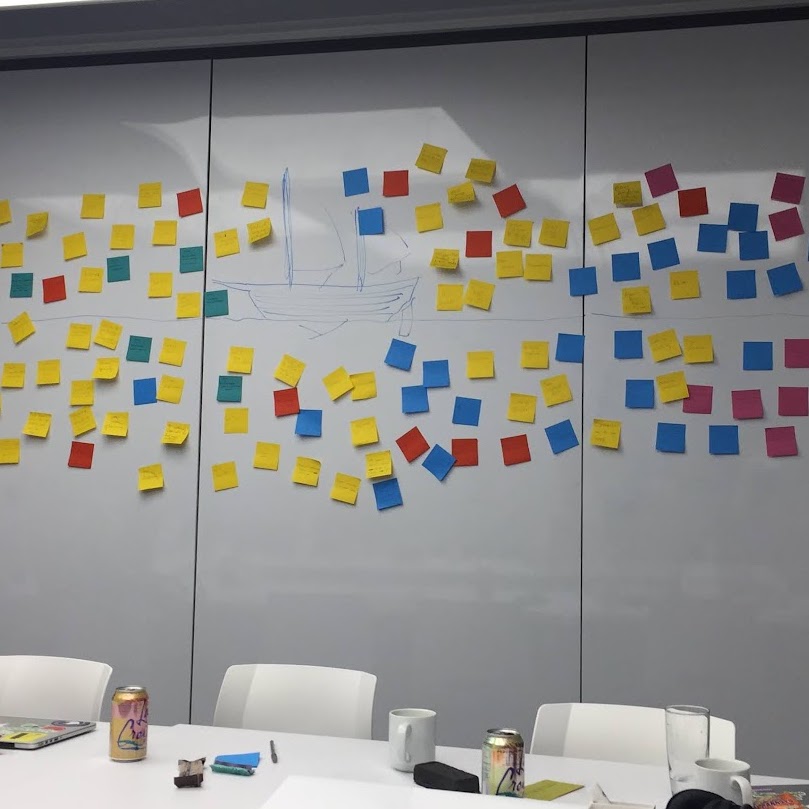 All Kinds of Teams & Modes

I've led single and multiple engineering teams both large and small, in person, remote, and with contractors all over the world. I know teams are happiest when they understand both the what and the why of the work, and I strive to make sure we're empowered to own our products. I know from experience that a healthy friction between engineering and product priorities is important, and actively manage that with Product partners. I've led teams doing Kanban, Agile, and waterfall, and we've delivered products in the Apple App Store, in-home and laboratory clinical trials, packaged disk images, on bare metal, and of course in the cloud. 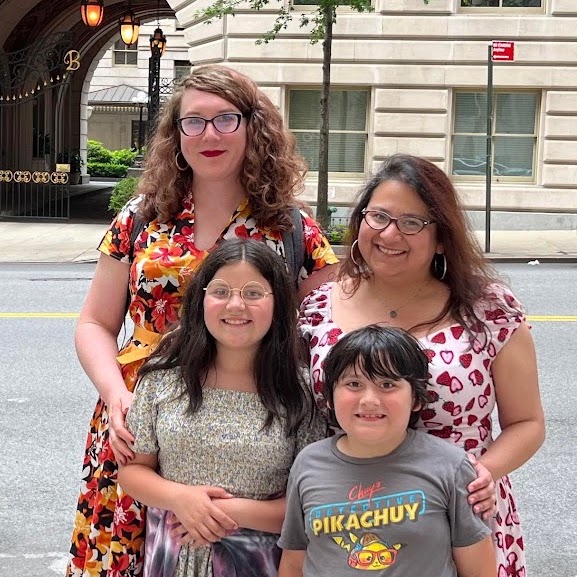 I'm a queer transgender mom with two kids, grew up with undiagnosed ADHD, was raised by missionaries in Asia, Europe, and the American South, and married into a Hispanic family. I have half siblings from my birth parents, but was also an only child. I'm a bit like a lot of people but not quite like anyone else. I love talking to people across companies, hearing about their experiences, and building bridges. I've presented at work on being trans and on having ADHD, I've started ERGs, and I love being able to support, mentor, and make space for underrepresented folks. In the end, it's the people that matter. 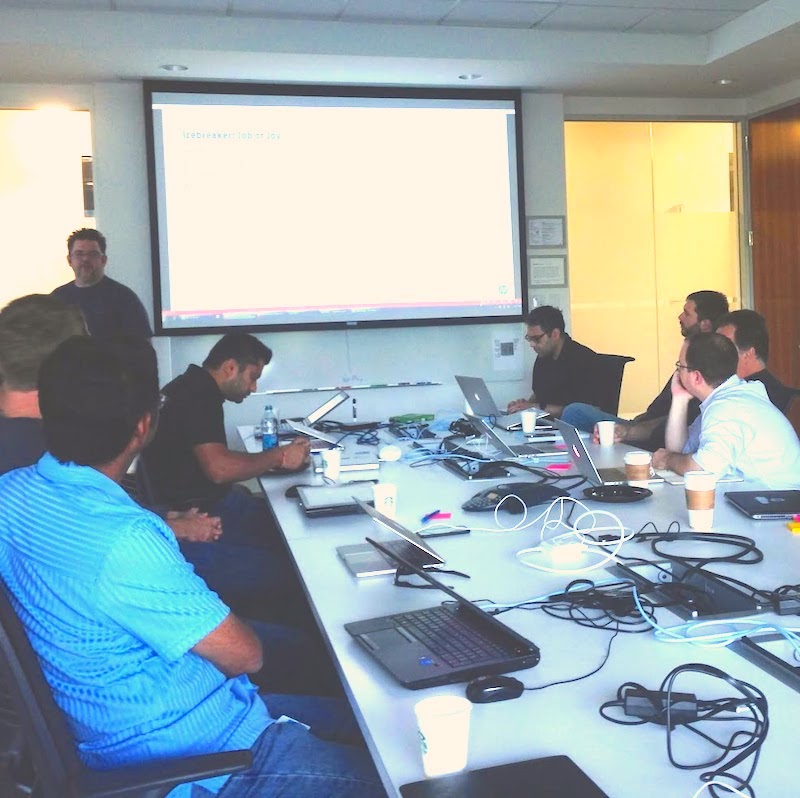 I've hired diverse teams and helped them figure out the most productive and inclusive processes and ceremonies for them. I try to really get to know my reports as human beings, because trust is vital. I know that clear career progression paths are important, and have worked to provide that. I strive to put together teams of people who compliment each other and can grow together. I love that as a mentor I can help people figure out where they want to go, and as a manager I can help them get there. I've nurtured teams while they flourished, but I've also been there when it's time to shut them down, and done my best for the people who were left. 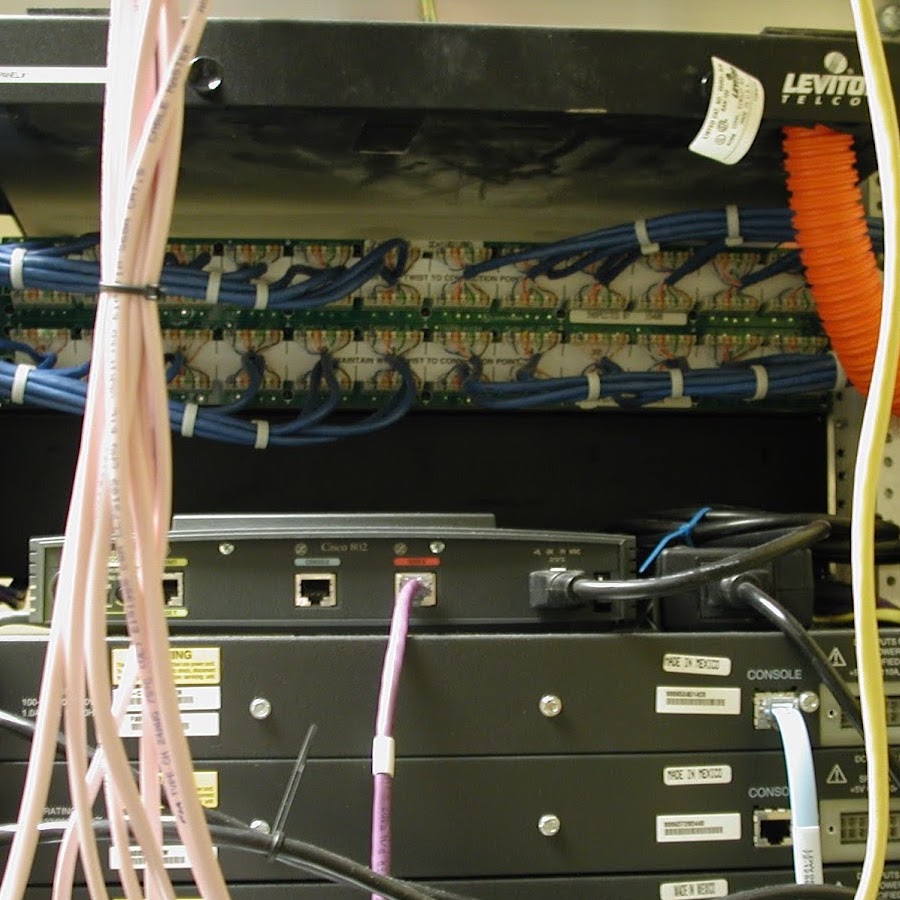 I bring experience managing applications on a dozen different UNIX flavors and even a really pointless Windows NT 3.51 TCP/IP certification. I've hosted applications with Apache, Nginx, and serverless platforms, and have led development on applications with a half dozen different database backends, from PostGres to Google BigQuery and a dash of Kafka. Projects I've led have handled millions of readers and affected millions of transit riders with billions of rows of data. I've shipped projects in Perl, PHP, Ruby, Python (💖), Golang, Javascript, and Java. I've even helped design cloud services, and bring all of that to helping engineers figure out how to build services. 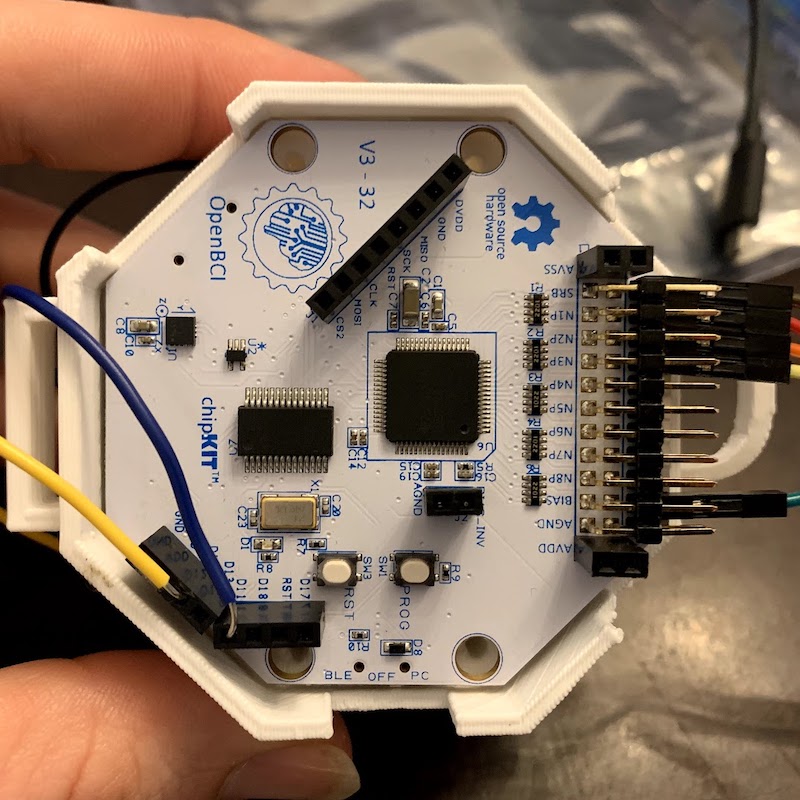 
I really love style and fashion, and have spent a lot of time in the last two years making up for lost time and sharing the joys I find. I post a lot in Slack and love creating welcoming virtual spaces. I'm often tired but rarely boring.

I have experience in Fortune 10 big IT, unicorn Media, B Round Public Transit SaaS, and an 8 person Consulting company. I've lost sleep worrying about making payroll, but I've also worried about positioning reports for a promotion in a byzantine 300,000 person org. I've led the creation of a Learning Management System for a sporting retailer, a Social Network for a bike company, eCommerce sites for home repair and political campaigns, a Document Management system for a grocery retailer, and a live collaboration tool for a non-profit. There's always something new to learn, but it's almost always similar to something I've seen.

You can take a peek at the code I've written on github, including a recent golang sample app for an SRE takehome and a Slack Bot I built for randomizing standup order. If you'd like to get a sense for what I'm like outside of still photos, here's also a presentation I gave at Swiftly on ADHD.

Some Nice Words About Me

Need a technical blood hound? Jennifer is your woman. You can say, "Hey Jennifer, go figure out that piece of open source that's really poorly documented and nobody else can get to work." A week later, it's running like a champ and she's fully documented it for the next person. Awesome. I'd work with her any time. 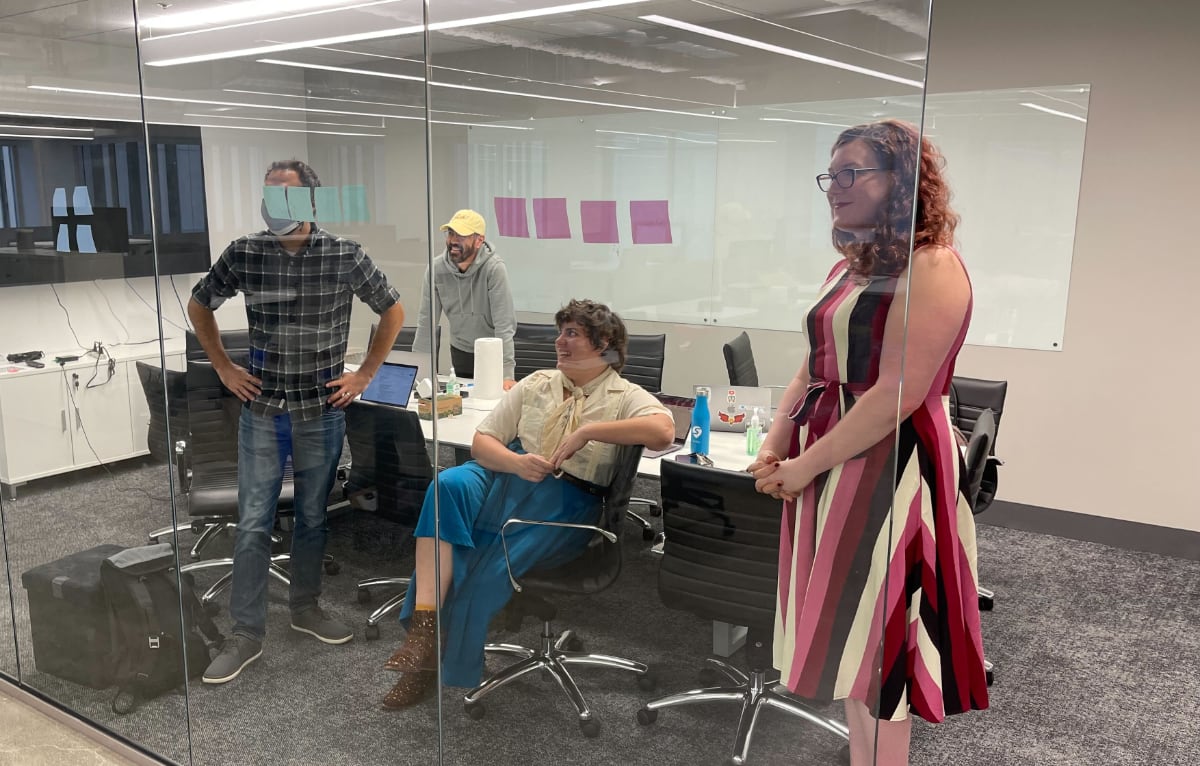 Jennifer is just brilliant, one of the smartest people I know. I've handed her problems that completely stymied other competent professionals, and she came up with solutions - and fast! I worked with Jennifer for over a decade, starting when I brought her in as a contractor at Whole Foods Market, and continuing through our partnership at Polycot Consulting. Working with Jennifer really spoiled me - I haven't since found anyone whose capabilities matched hers, and I'm looking forward to opportunities to work with her again in the future. 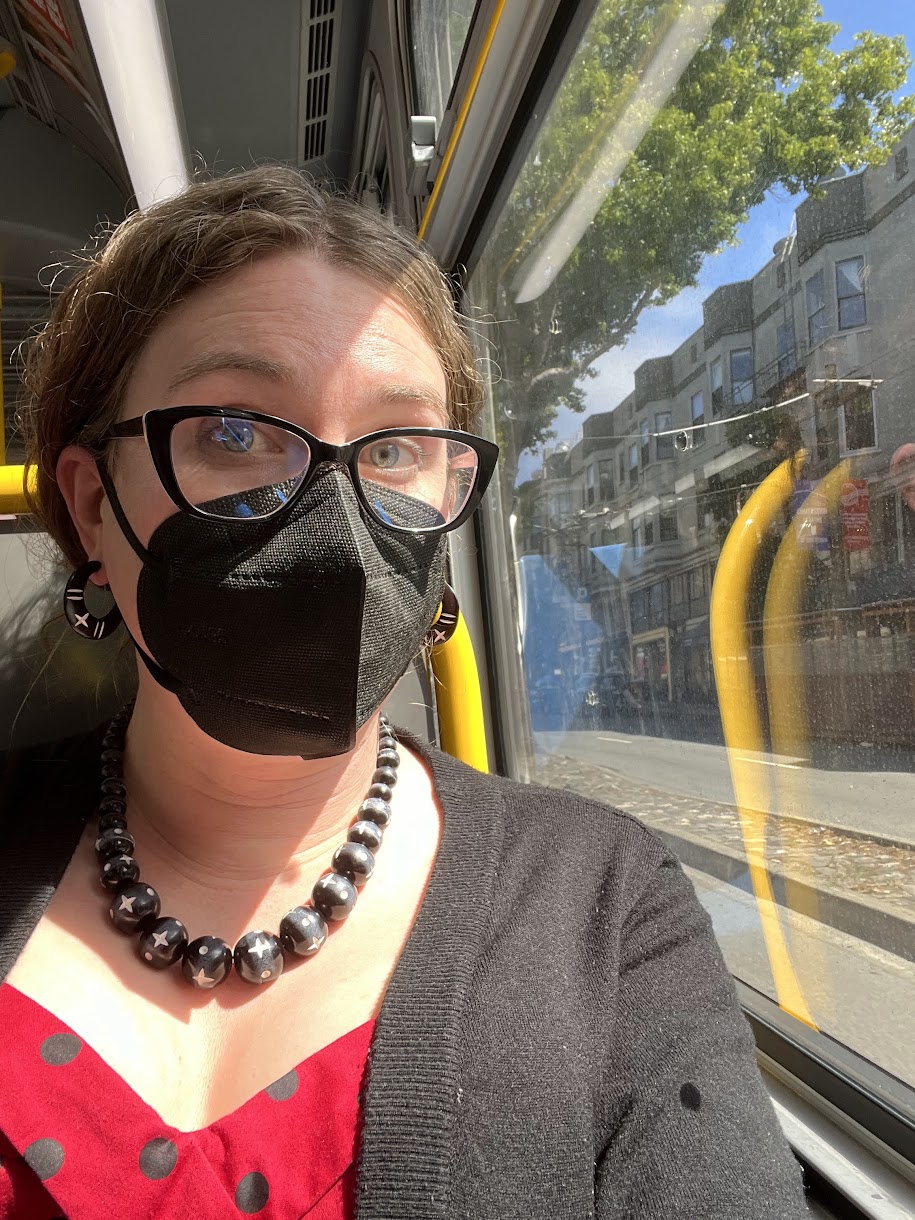 It would not be hyperbole to say that Jennifer is the best boss I've ever had. As a tech leader, she's been fantastic at brainstorming solutions to hard technical problems, then identifying and corralling the resources to bring projects to life. She's so good at reaching out and coordinating talent across teams.

But wait! There's more! She's the kind of people manager who encourages growth and self-discovery. She's always done me the great service of recognizing and highlighting my strengths even when I've doubted them. She never gave me more than I could handle, but always just enough to give me an opportunity to grow and learn new skills. At the same time, she's always been there to listen to me when I struggled. Jennifer is someone I trust completely, and that's not always true in a manager/direct report dynamic.

She's simply the best, and I'm so lucky to have the years working with her that I've had. 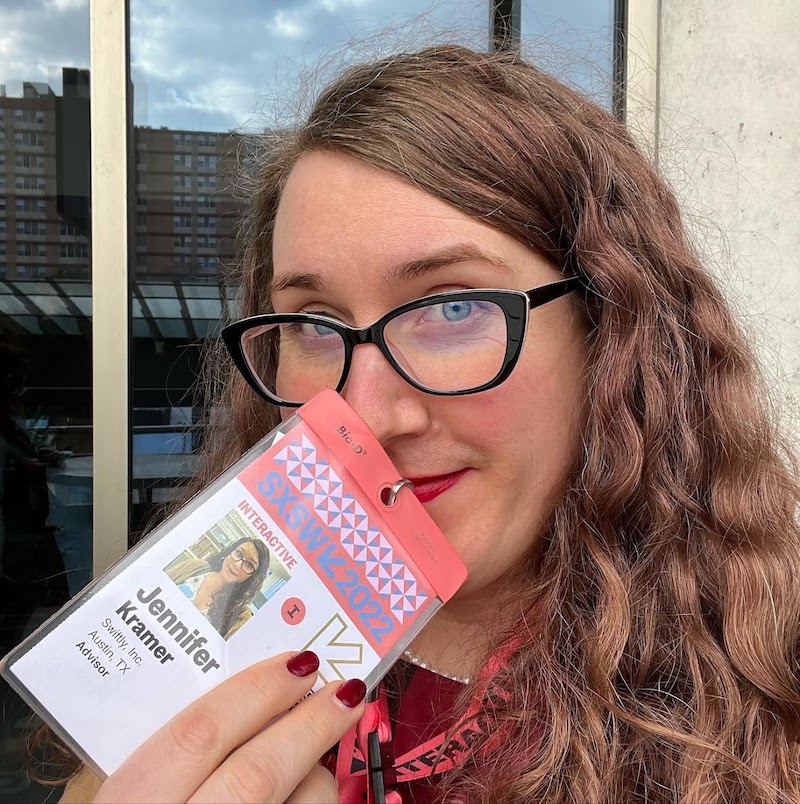 If I sound like someone you'd like to work with, or you know a gig I'd be a good match for, you can read more about me on my blog, get in touch with me on LinkedIn, or send me email at objectfox at gmail!


Thanks, have a great day!

I built this microsite in Sublime Text on a 7 year old MacBook Pro with Tailwind CSS and a bunch of useful premade components from Tailblocks. The girl icon is from SVGREPO and is licensed CC0. Thanks to Stan Parkford for the picture of me brainstorming with the engineering leadership team in the Swiftly office. This site is hosted on Google Cloud Firebase, and deploys via a GitHub Action.